HOLLA BLOG had reported that Busola Dakolo had accused the pastor of rape.

Reacting to this, Wale who is equally a top leader in the church and a devote member took to his Instagram page on Friday to bash Timi Dakolo and his wife, Bukola Dakolo for accusing COZA pastor, Biodun Fatoyinbo of rape.

Describing Timi as a struggling musician trying to taint the image of Fatoyinbo, Jana called out the couple.

According to him, “Timi and Busola Dakolo are not saints, she was a choir member and Timi was a choir leader in church when she got pregnant with her first baby, Timi denied that they weren’t having an affair and then she got pregnant the second time and that was when the church forced them to get married. This chorister was sleeping with her choirmaster and was a baby mama with two kids before they got married. These are morally bankrupt people and all that talk in the video will not hold water under cross-examination.

”Timi and Busola have a lot of skeletons and they both live in glass houses and they are busy throwing stones.”

His comment has since generated reactions from Nigerians online.

Alongside the post of Jana, He wrote: This Nigga a whole bitch.” 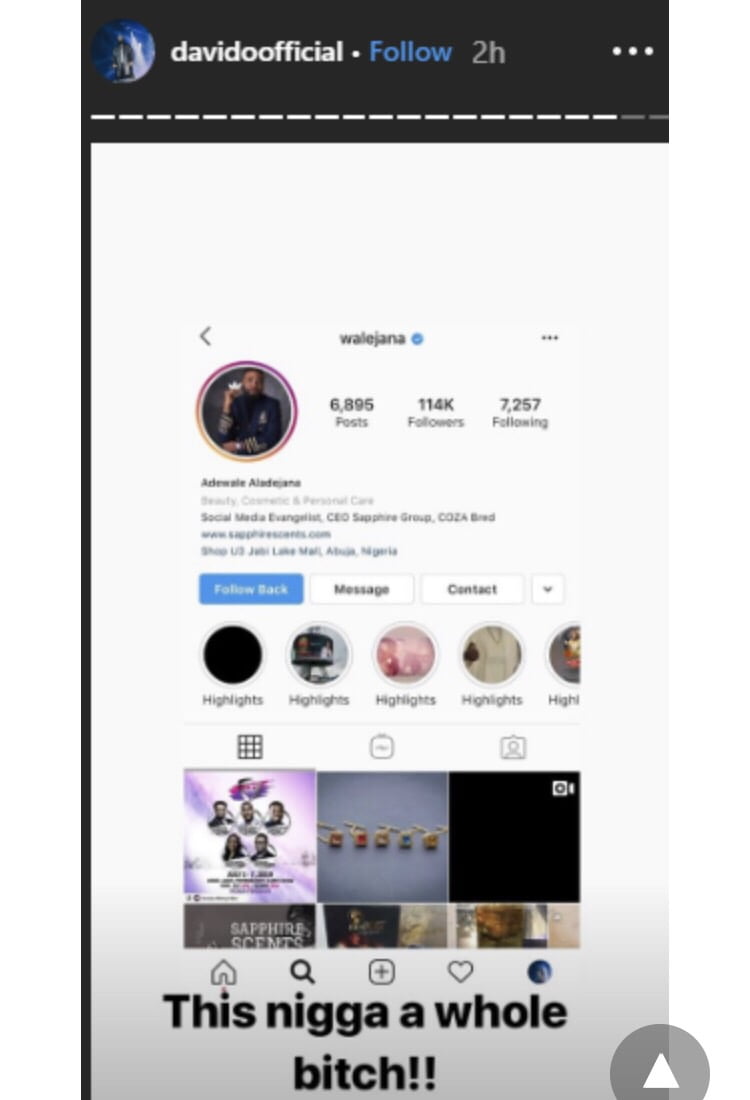 HOLLA BLOG is a NEWS & MEDIA Website that exists With the sole aim of Spreading Information on Topics relating to HOLLA, & The World at Large. A Branch of HOLLA EMPIRE, Powered by HOLLA MEDIA!